One of LA’s most popular performance halls, Zipper Hall is a 430-seat intimate theater with the amenities of a modern performance space. The hall’s ceiling rises more than 60 feet over the stage and 16 feet above the acoustically transparent trellis. The stage is approximately 1,100 square feet and is set under nine lighting “clouds” that provide a soft ambient glow. The "clouds" are acoustical elements, which along with more than 6,000 square feet of motorized heavy velour drapery, can be adjusted to accommodate a variety of genres. The hall is equipped with cutting-edge sound equipment and is suitable for a wide array of events, including music, dance, lectures, meetings, corporate seminars, and recording sessions.

The Cathedral of Our Lady of the Angels

The cathedral of the Roman Catholic Church in Los Angeles, California, United States of America. Opened in 2002, it serves as the mother church for the Archdiocese of Los Angeles, as well as the seat of Archbishop José Horacio Gómez.

The Cathedral was designed by the Pritzker Prize-winning Spanish architect Rafael Moneo. Using elements of postmodern architecture, the church and the Cathedral Center feature a series of acute and obtuse angles while avoiding right angles. Contemporary statuary and appointments decorate the complex. Prominent of these appointments are the bronze doors and the statue called The Virgin Mary, all adorning the entrance and designed by Robert Graham. 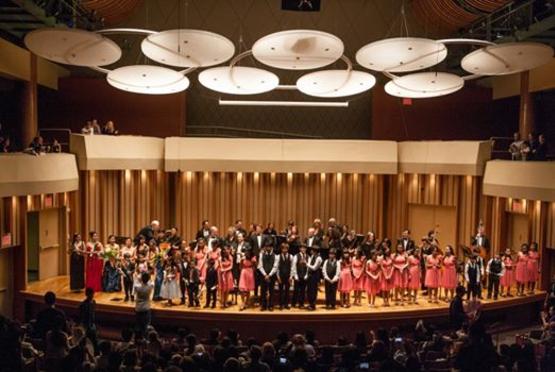