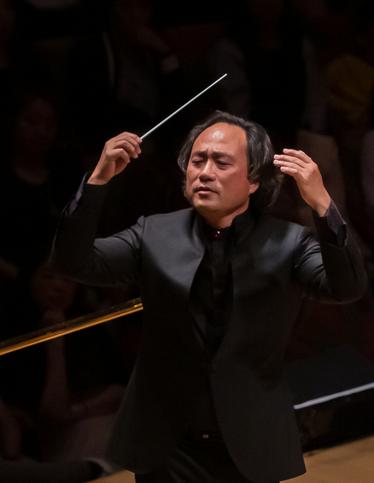 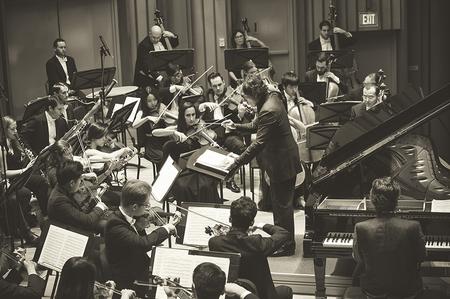 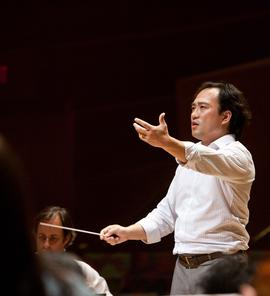 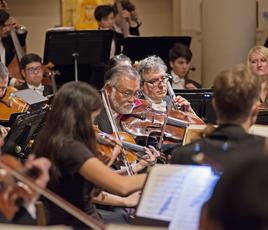 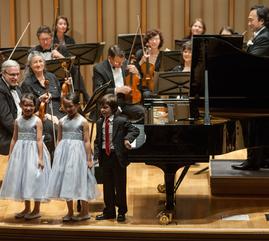 ​Daniel Suk has enjoyed an international career as an operatic tenor and a conductor worldwide for over 25 years. Daniel is a true citizen of the world with strong classical music and multi-cultural background. With contemporary taste, Daniel works with creative vision and passion who strive for the creation of the next generation of performing art.

Daniel was born into a musical family where his mother was a pianist, and his father was an opera singer. Daniel learned piano at a very early age, but his passion changed to opera singing after discovering his voice in his late teens. In 1990, Daniel was accepted to Lucio Campiani, National Music Conservatory of Mantova, Italy. Since his debut in 1995 at Opera House, Mantova, Italy, Daniel has performed in many prestigious opera houses in Europe, Asia, and America. Among them are Opera Verona Italy, Opera Bologna Italy, Los Angeles Opera, La Fenice, Venice, Italy; Walt Disney Concert Hall, Royce Hall, Hong Kong Cultural Center, and Opera Nice France.

As a Music Director and Conductor, Daniel served many prestigious organizations. Daniel served as conductor of the Chamber Orchestra of Mantova, Italy, from 1996 to 1999, conducting Baroque and Classical Era's Masterworks and lost works. He served as Artistic Director and Conductor for L'Opera Laboratorio of Verona, Italy, from 1998 to 2000, where he produced and conducted more than 40 concerts and operas, including the world premiere of The Opera L'Lisola Al Cina by G. Gazzaniga and the Verona Summer Opera Festivals. From 2008 to 2011, Daniel served as a guest conductor and assistant conductor for UCLA Symphony and UCLA Chorale. After his return to Los Angeles, Daniel conducted at every major concert venue in Southern California and has performed at more than 100 concert venues throughout the U.S.

Since 2011, Daniel has served as an artistic director and conductor for the all-professional Dream Orchestra. Daniel has led The Dream Orchestra to become a premier performing art organization in Southern California with creative and versatile programs.

Daniel is also the conductor of all professional chorus "Opera Chorus of Los Angeles." Compromised with top opera singers from Los Angeles and Orange County. With join forces, notable productions are "Rossini Stabat Mater," "Mozart Requiem," "Verdi Requiem," and Annual Messiah and summer choral concert at the Cathedral of Our Lady of the Angeles, Los Angeles.

For the educational program, the annual "Young Stars of Tomorrow" featured more than 30 next generations of young musicians from Colburn School of Music, OCSA, LACHSA, and other high schools around L.A. and O. C. for the chance to perform with Dream Orchestra as a soloist.

A passionate advocate for community outreach and education, Daniel is also known for his master classes, Entrepreneurship in performing art, and delivering lecture-recitals. Daniel's notable lecture includes Dream Philharmonic Lecture Series and guest lecturer for Yale University, UCLA, Cal Art, and Gonzaga University. In 2021, Daniel was nominated as the inaugural artistic director of the Heart of Los Angeles's Intergenerational Orchestra, where he is developing and building a new orchestra program.

Today, with his passionate artistic vision, Daniel is cultivating future generations of audiences and educating classical music communities. He gives lecture series to various charities, organizations and raises scholarship funds for future musicians. Daniel has given performance opportunities to young and world-class musicians from all over the world. L.A. Opera young artists, Columbia Artists Management, IMG Artists, various youth orchestra players from L.A. and Orange County, Colburn School of Music, Music students from top music institutions in America, and notable international competition winners. In 2022, Daniel will be the inaugural artistic director for the Verona Opera Festival as an artistic director and conductor.

Founded in 2011, DOLA endeavors to enrich our community to promote and present world-class performances. We seek to develop and present exciting, passionate classical music, cutting edge performing arts, and support future artists. We aim to bring classical music performances at the highest level to our communities in a way that is affordable and accessible to all. Great music is truly for everyone. The members of Dream Orchestra are world-class studio musicians and graduate students from top music institution of the world. Since its inception, Dream Orchestra has performed at every major concert venue throughout Los Angeles and Orange County.

For the communities, DO has raised more than $20,000.00 for charities and gave more than $15,000.00 in scholarships to young high school graduates and young musicians.  Dream Orchestra also works hard to cultivate the next generations of orchestra musicians and audiences through the Young Artists Youth Orchestra program.  Young Artists Orchestra has 100 members, and its purpose is to serve our communities with orchestral concerts. 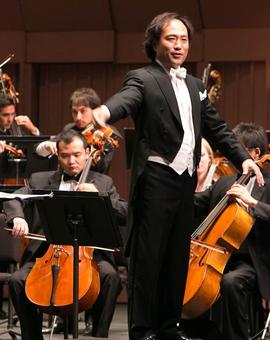 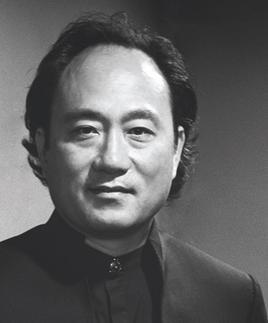